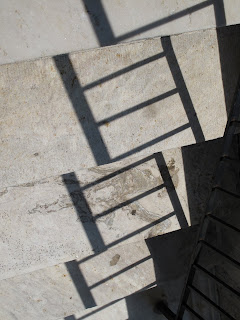 Taken on the steps of Alumni Hall, McDaniel College
Posted by Karen at 1:51 PM 1 comment:

A View from Dutterer Family Park 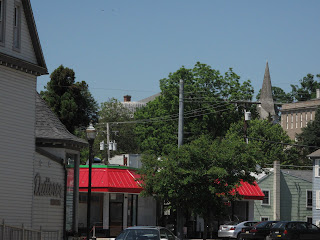 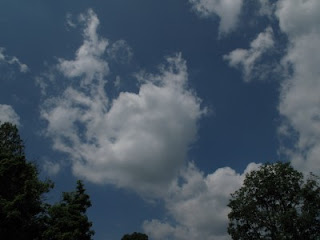 I love looking for interesting shapes in the clouds.
Posted by Karen at 12:00 AM No comments: 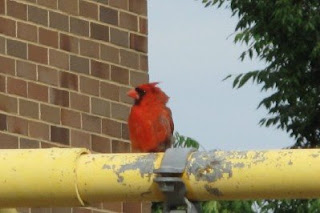 This cardinal was enjoying the view from a swing set at Friendship Valley Elementary. There is a bird feeder nearby, so I believe he is a frequent visitor to the playground. 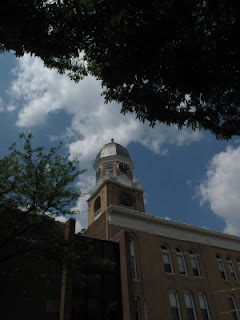 This bell tower belongs to the old firehouse on Main Street. I was curious if I could go up in the bell tower, I thought there would be a great view of Westminster from there. On Saturday I went into the building and up two stories but then got spooked and didn't go further. I called the company that now leases offices in this building, but only found out that although the building is privately owned, the bell tower is still under the jurisdiction of the City of Westminster (according to the person I talked to) So now I need to investigate this further. 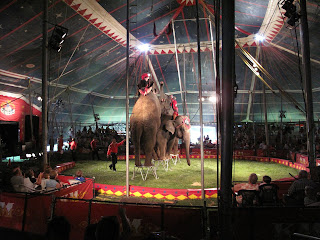 Today the Kelly Miller Circus was in town for one day only. 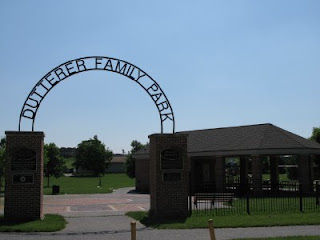 We have a lot of great parks in Wesminster with playgrounds, ball fields, walking trails, and picnic areas.

Karen
I have followed the Antigua Daily Photo Blog for several years. Then I started reading other travel and adoption blogs. I thought it was time to try out my own.